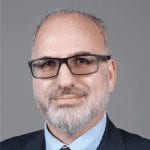 Carl P. DeLuca, Esq. is an attorney with 34 years experience practicing law. He graduated from Moses Brown School in Providence, Rhode Island in 1978. He received his Juris Doctorate from Hofstra University in 1985. In that year, he began practicing with his late uncle, Ralph C. DeLuca, in Johnston, Rhode Island. Attorney DeLuca may be best known for his litigation of sexual abuse cases and car accident injury cases. However, he has been practicing in Bankruptcy Court and Family Court for nearly 34 years, as well.  Attorney DeLuca’s office is in Warwick, Rhode Island.

Michele Morrocco
02:22 14 Oct 20
Carl DeLuca cares about each and everyone of his clients he wants the best outcome for them. He is professional,... knowledgeable and a great attorney. Would recommend working with him!read more

Felicia Faria
13:48 12 Oct 20
Carl has helped a family member of mine during a time of crisis. He was not only a professional attorney with... associated services but he controlled the crisis situation with the upmost empathy. I couldn't recommend Carl enough!read more

Ry Jesse
18:41 07 Oct 20
If you are looking for an attorney that will not only have a firm grasp on the applicable law (whether it be personal... injury, family court, bankruptcy, or otherwise), but also be attentive to you and your case and highly responsive, then contact Carl DeLuca. I have not only worked with Carl, but I have also referred him numerous clients. In every instance, I receive a whole-hearted thank you from those mutual clients. Carl puts you and your situation, issue or case first and makes sure that you are pleased with the end result!read more

Michael Zompa
20:16 05 Oct 20
Attorney DeLuca has not only represented me personally in the past, he has also assisted a number of my clients. on... all occasions, he proved himself to be knowledgeable and professional and exceeded all expectations. I highly recommend!read more

Gatteri Family
17:14 05 Oct 20
Carl DeLuca is one of the best attorneys I have ever met. He is thorough, knowledgeable, and respectful. He always... does his absolute best for clients and I am glad to know him.read more

Meghan Dumas
13:45 05 Oct 20
Carl is an amazing attorney. He is so professional and responsive. I've contact him via email and text and get... immediate responses to my messages. He provided me with all of the information that I needed and answered all of the questions that I had. I can't thank Carl enough and would recommend him to anyone!read more

PABLO CABRERA
11:38 04 Oct 20
Carl's years of experience and knowledge of the law give a peace of mind to his clients as they can fully trust in... Carl.read more

Christopher Conti
19:28 16 Nov 17
I have been a client of Carl DeLuca for many years, and am continuously impressed with his knowledge and passion for... law. Carl's assistance has been invaluable, and the many family members and friends that I have referred to Carl have thanked me for the introduction.read more

Sal Sauco
19:11 07 Nov 17
Carl is knowledgeable and experienced. He finds ways to help me that other lawyers don't. I'd highly recommend him.

Megan Cook
14:58 27 Oct 17
Carl is incredibly attentive and will give you the most incredible defense. Always professional. He will alleviate the... stress associated with your case.read more
Next Reviews

Contact us right away for answers to your questions

Disclaimer: Rhode Island does not certify lawyers as specialists.